BBC 4 has a 3 part series on air at the time of writing that fits in with some of the content we look at in the first couple of weeks on the module. Psychoactive drug experiments by pioneering psychologists and starry-eyed kids combine to create a movement quite unlike anything that came before it.

Here’s the show notes for Episode 1:

The first episode looks at how ideas, music and lifestyles from Asia, Europe and the American Left became entwined in California. It traces the roots of the hippies back to a 19th-century German sect of wandering naturalists called Lebensreform who brought their freethinking ideas about nature to California after the Second World War. There they merged with a growing interest in Eastern mystical concepts of human nature imported to America by maverick British thinkers like Aleister Crowley and Aldous Huxley. Add to this mix a wonder drug first developed by the CIA called LSD and a wave of student activists and anti-war protestors agitating for revolution and you have the astonishing story how these forces came together to give birth to the Summer of Love in San Francisco, 1967.

If that sounds good to you then you can click through this link to watch via the BBC iPlayer.

The second episode can be found on this link. Show notes below:

The second episode explores how the Summer of Love of 1967 set in motion an era of social upheaval that pitted America’s youth against its elders and how the American government responded with a series ofbrutal crackdowns. The hippies failed politically, but their cultural influence changed the world. Everything from the environmental movement to the explosion in alternative health practices to the birth of feminism all grew out of this moment. And most surprising of all, we trace how hippie ideas first imagined on LSD went on to shape the information age itself. 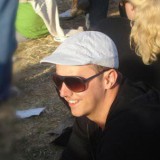