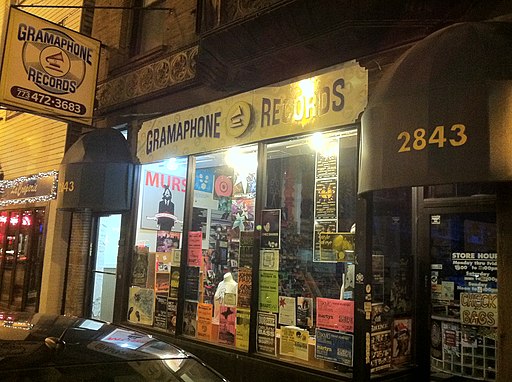 The city of Chicago has a rich musical history starting with blues and jazz (Louis Armstrong was big with his Hot 5 and Hot 7 bands), through the soul era (home to the influential Motown and Memphis labels), spawning the Chi-Twon style of rap epitomised by Lupe Fiasco and Kanye West. It was also one of the birthplaces of house music – more specifically Chicago house.

British DJ and radio presenter has just put together a quick and accessible history of the influence of Chicago on electronic music, addressing the legacy of people like Frankie Knuckles and venues like the Warehouse. It was first broadcast on Saturday July 16th on BBC Radio 4 and can be streamed here.

Presenter and DJ Dave Pearce travel to Chicago to hear how a country traditionally resistant to dance music finally got it. The US invented it and then ignored it. Today with electronic dance music estimated to be a $20 billion industry, what do those who started Chicago House in the early 1980s think of this new scene?

House music grew out of black gay clubs in Chicago in the early 1980s. We hear from Robert Williams who started the legendary Warehouse club where the scene got its name. He brought in Frankie Knuckles to DJ and Dave Pearce hears how he would create his own edits to keep the crowd dancing all night.

In Chicago we track down Rocky Jones, founder of DJ International, who put out some of the very first records. What was his reaction when he found out the few thousand records he put out were driving a cult scene in the UK? With contributions from The Pet Shop Boys, DJ Marshall Jefferson and DJ Pierre we hear how the sound of Chicago topped the charts in the UK.

But in America a lot of house music wasn’t played on the radio because it was viewed as gay music. As Hip Hop became the dominant musical form, Chicago House was pushed out to the suburbs. DJ Black Madonna takes us on a tour of one of the few remaining house music clubs. While here in the UK a new generation of house music artists like Disclosure have found an audience and a following. They tour the world playing their own interpretation of Chicago House.

This is a great introduction to the genre. Pearce has also picked his 10 favourite Chicago house tracks which you can read about here. I think all of these were played in the documentary. Here’s a Spotify playlist link